How can we help you today?

The Netsanity Agent for Samsung cannot be removed by the child. There may be various attempts to remove the app (Agent). This guide is merely to explain to the parent where the child may attempt to remove and the security in place to prevent those attempts.

*Screenshots below represent a Galaxy S6 running Android 6.0.1 software, but these are generally same through OS 9.0

Disable or Remove the VPN

To remove content filtering protection, the user may try the following: 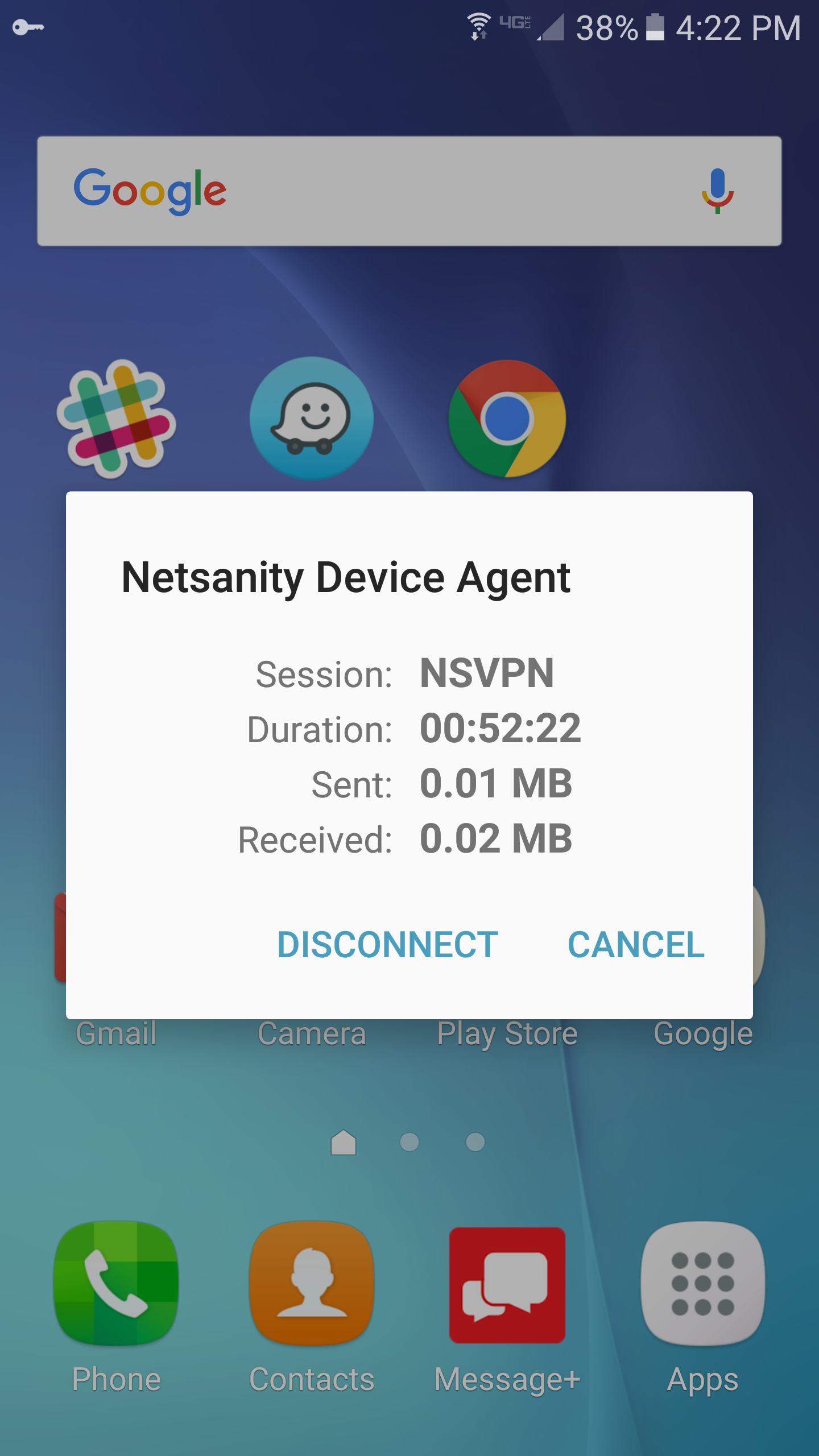 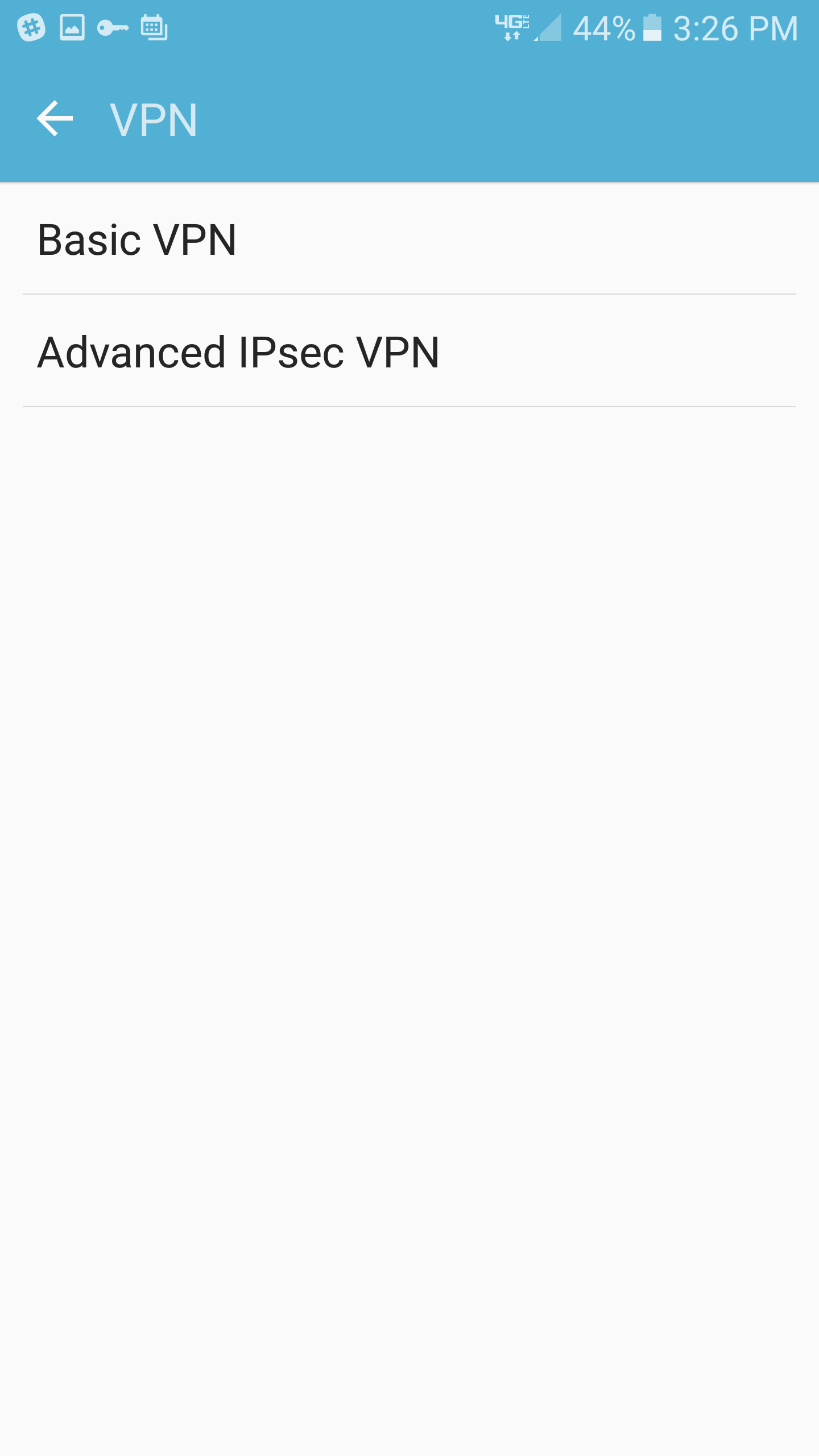 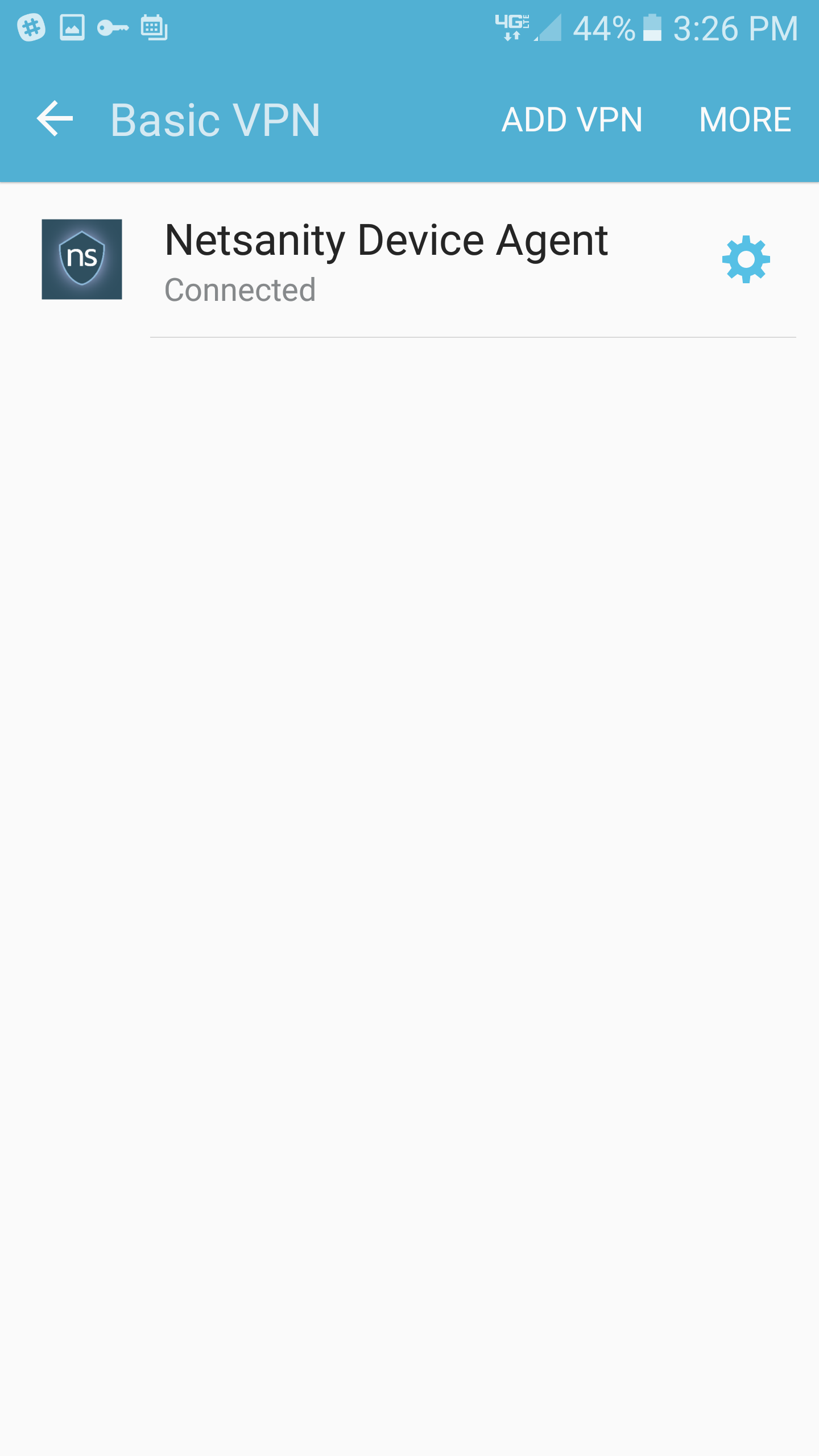 After clicking the Netsanity Device Agent, and depending on a timer, you may see either of the following screens: 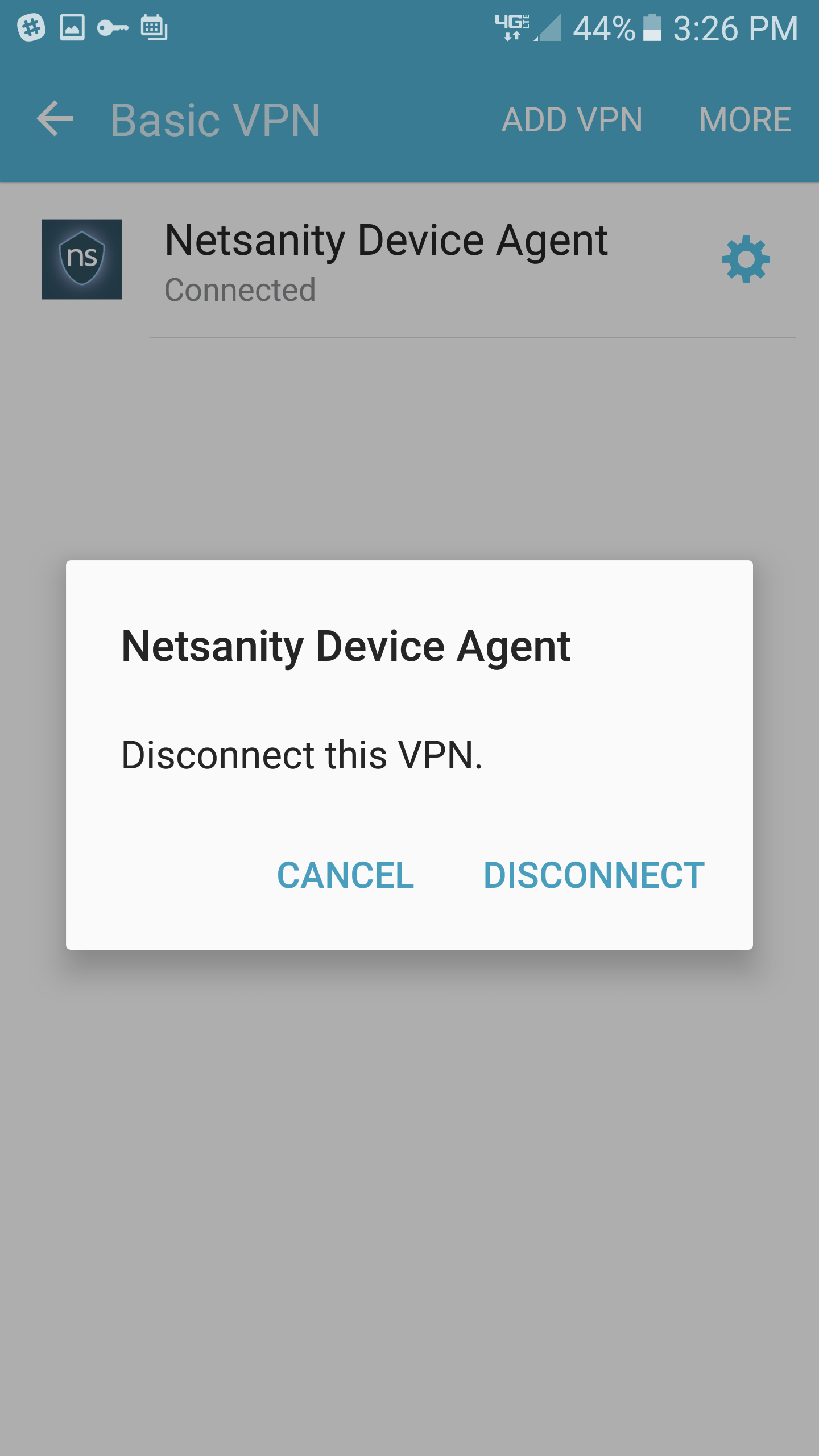 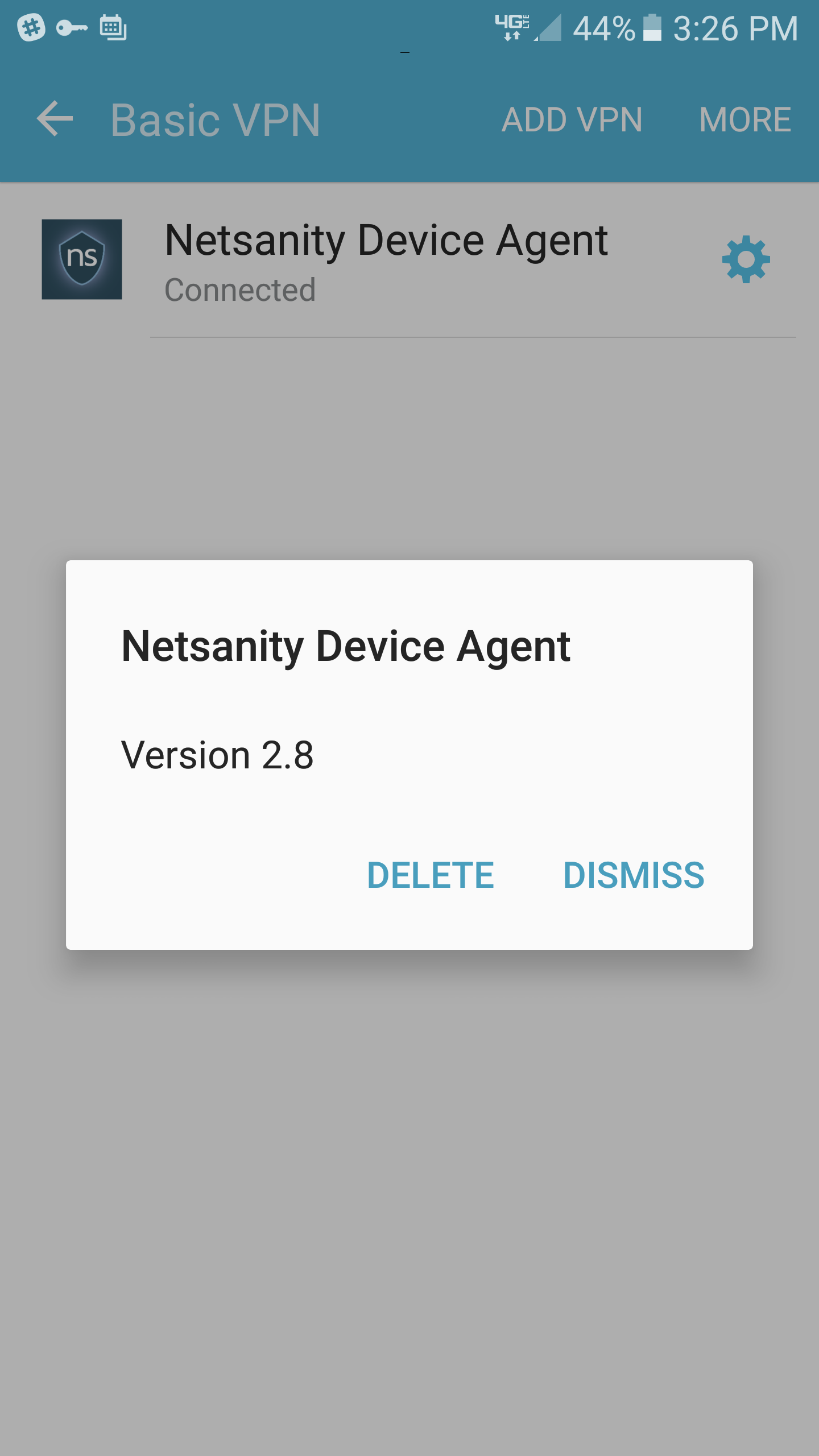 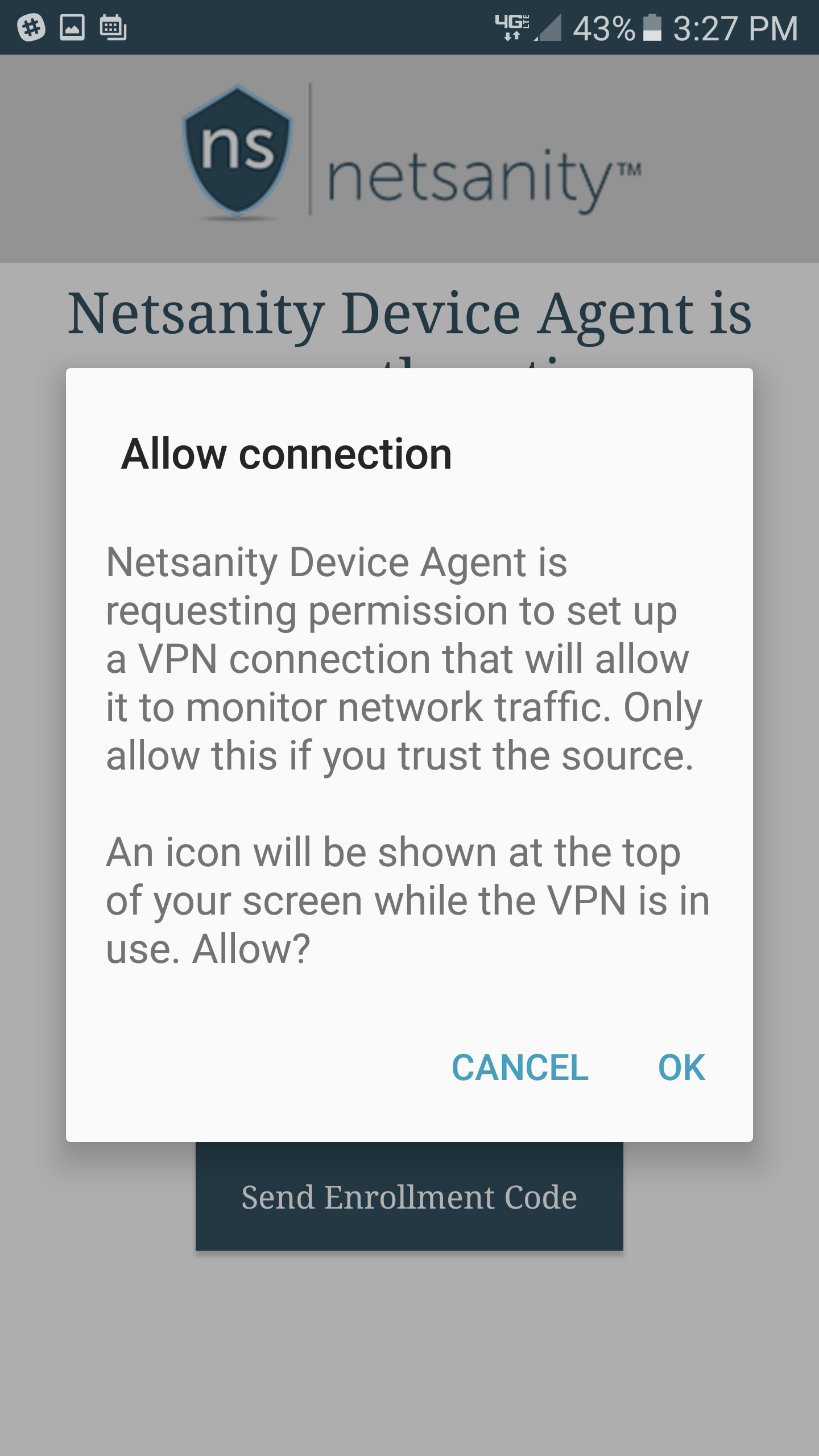 If the user deleted the VPN, within seconds, this screen will pop up. It will continue to pop up

until the user clicks OK. This will prevent the user to using the device unless they accept the VPN

Additionally as extra incentive, the Home button and other options are disabled until the user clicks OK

In, summary - the VPN cannot be defeated

Attempting to Remove the Agent

The child may also want to try to remove the Agent. The following are the only ways to disable the agent: 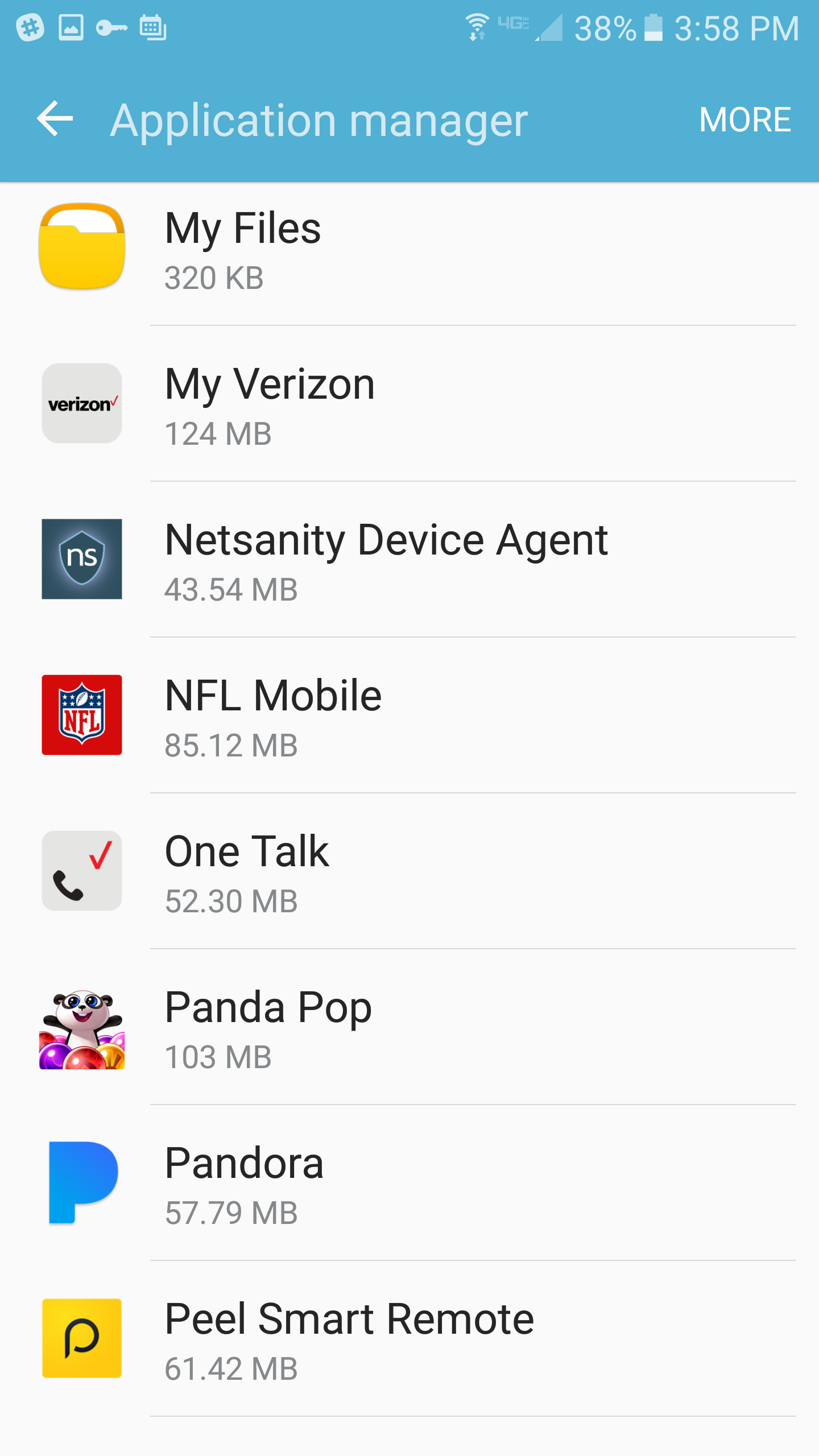 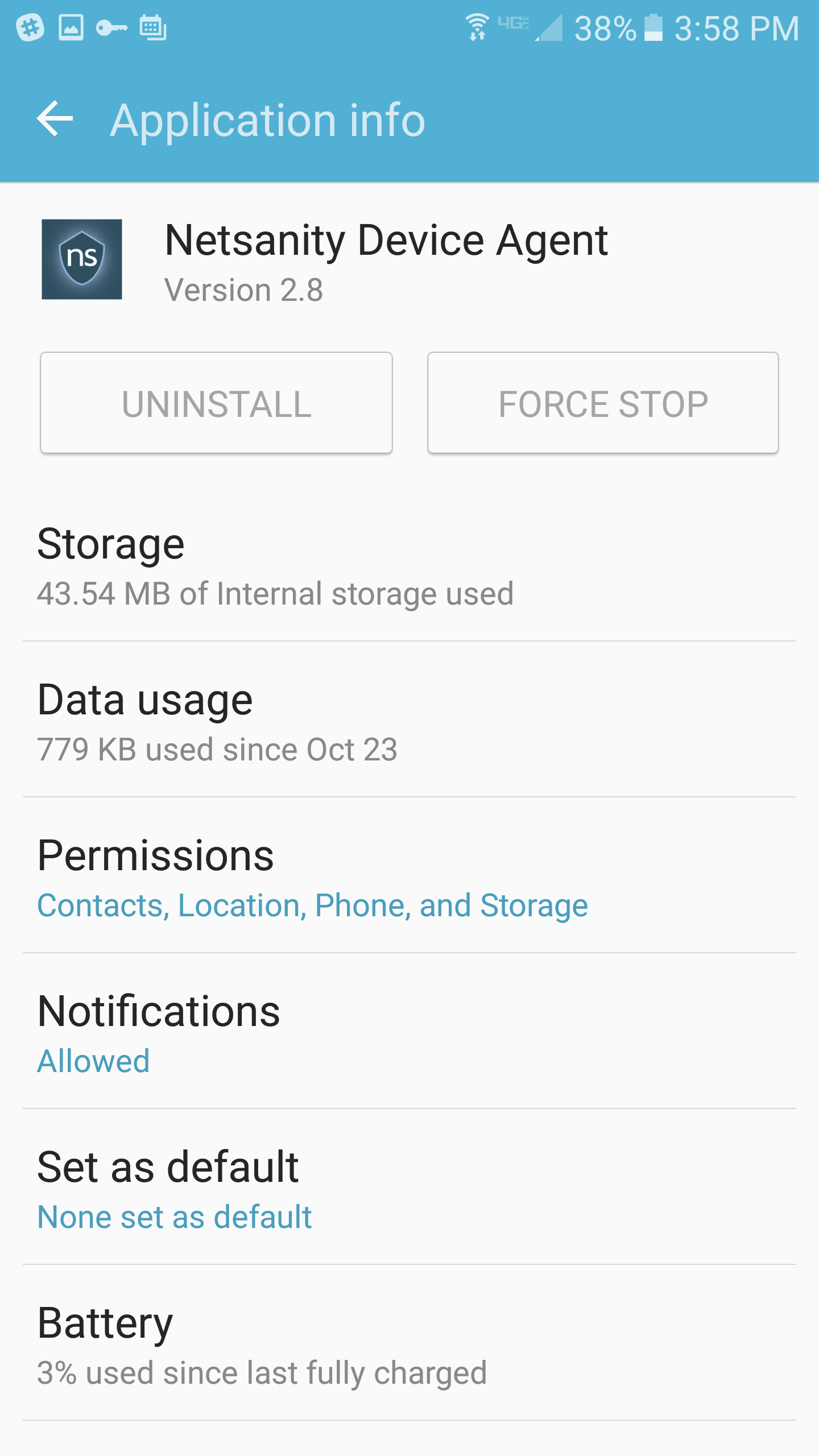 Once you look at the app details, you will notice that UNINSTALL and FORCE STOP

options are greyed out and the app (Agent) cannot be removed.

To prevent a Factory Reset, set the following option in the dashboard to not Allow (Grey) 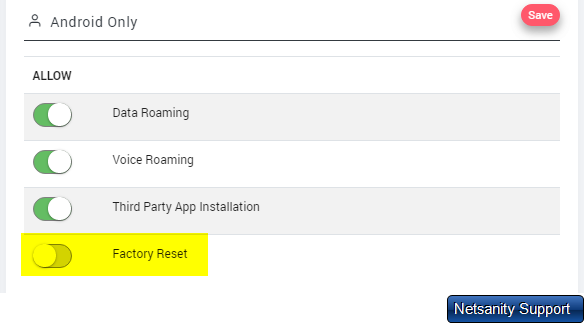 that the Factory data reset is not allowed 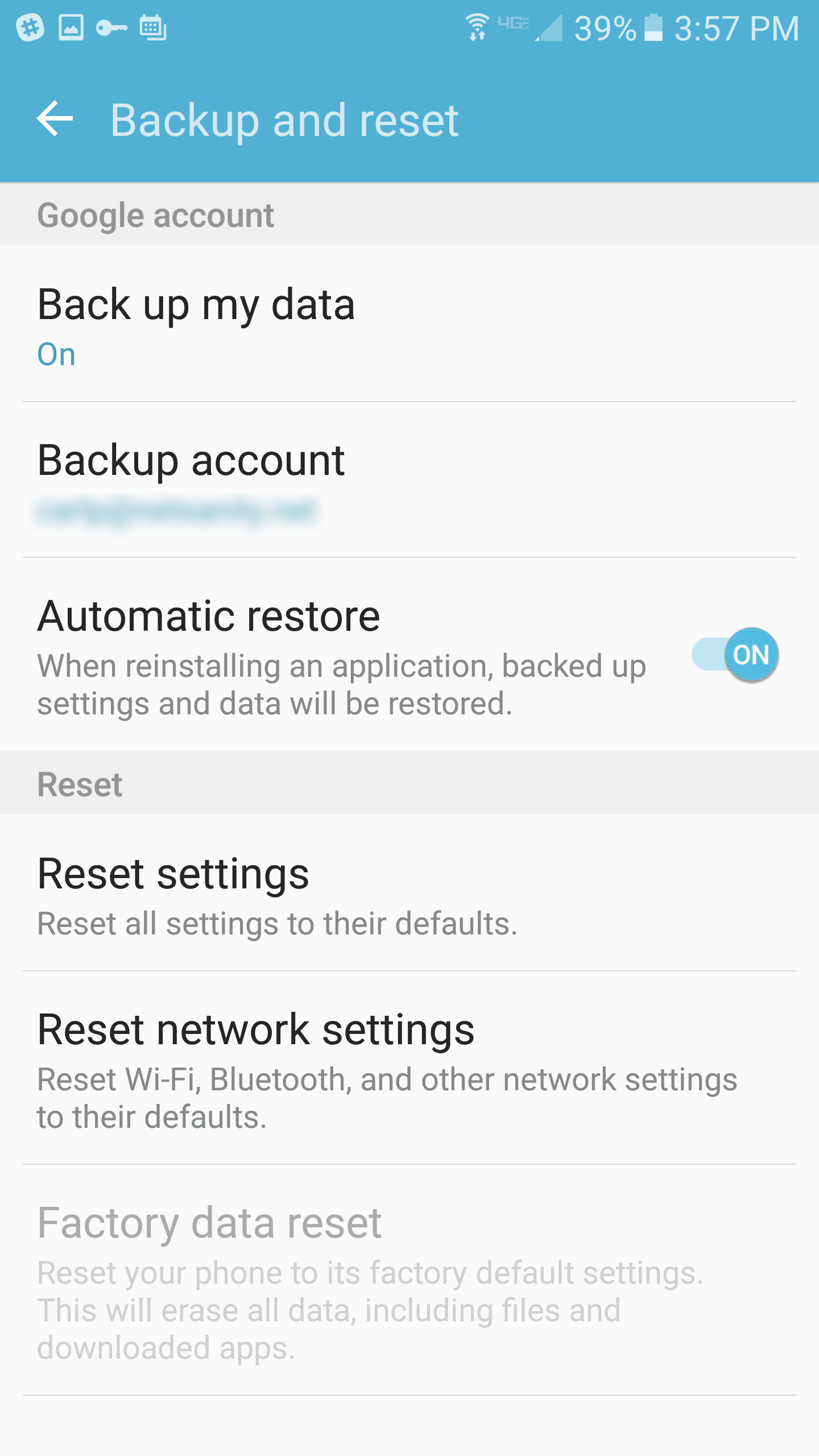 Not currently a Netsanity subscriber?  Protect your family now.

Did you find it helpful? Yes No

Send feedback
Sorry we couldn't be helpful. Help us improve this article with your feedback.